The Gospel According to Don Draper

A few days ago an out-of-state friend called me on the phone. He asked, “What have you been doing during the pandemic?” I said, “I’m spending a lot of time with my wife and grandchildren. I finished my novel and created a website. And I watched all seven seasons of Mad Men.”

From 2007 through 2015, cable channel AMC produced a television show called Mad Men. It told the story of a New York City advertising firm in the 1960s. When it first released, I watched several episodes, then stopped. At the time I felt the series featured shallow people looking for meaning in all the wrong places—especially affluence, alcohol, and adultery. However, during the long days of the pandemic, I gave Mad Men a second chance. I realized it had far more depth than I originally thought.

In one episode the two primary characters, Don and Peggy, engage in an interesting dialogue. Peggy feels nervous about a huge advertising pitch she has to make the next day. She asks her boss, a man named Don Draper, “Is this idea just right or not?” Don replies, “That’s a tough one. You never know. That’s just the job.” Peggy said, “What’s the job?” Don responds, “Living in the not knowing.”

Don Draper was right. Life is always about “living in the not knowing.” If we learned nothing else in 2020, we learned how unpredictable life can be, including our physical, financial, and emotional well-being. Of course, people hate not knowing. Ambiguity is not popular, especially in America. So we try to create certainty. We work out at the gym to stay well. We save and invest in order to accumulate financial security. We stock up on essential supplies during a pandemic so we won’t run out. And we turn to religion to offer answers, comfort, and certainty. But certainty is a myth, even in spiritual matters. Especially in spiritual matters.

Although there’s no shortage of religious leaders who proclaim certainty, it never rings true for me. One of the primary reasons I left conservative evangelical religion is because it offered too many answers, asked too few questions, and punished those who did.

The fact is, we are not God. We do not know everything. As the apostle Paul once said, “We see through a glass darkly” (KJV). Therefore, black-and-white religion that has no room for uncertainty is both unhealthy and inauthentic. As one wise believer once said, “The opposite of faith is not doubt but certainty.” Rather than resisting ambiguity, spiritually mature people fully embrace it. They live joyfully in the “not knowing” in matters about God.

I recently read through the Gospel of Mark. You may know that Mark is the earliest Gospel, written about AD 70, forty years after the death of Jesus. That provided plenty of time for the stories to evolve, which means we’ll never know the exact historical details of Jesus’s life. Interestingly, Mark’s resurrection story does not include a sighting of the risen Lord. Instead, it ends with an announcement of Jesus’s resurrection to several women by “a young man dressed in a white robe.” The oldest manuscripts of Mark end at verse 8. Verses 9–20 were not part of the original Gospel but added much later. The original conclusion in verse 8 says, “So they went out and fled from the tomb, for terror and amazement had seized them; and they said nothing to anyone, for they were afraid” (NRSV). And that’s the end of the story.

Matthew, Luke, and John couldn’t tolerate Mark’s ambiguity. So a decade or two later, they added additional stories about a physically restored Jesus who walked, talked, ate, appeared through locked doors, and ascended into the sky. Although all four Gospels are important, I like Mark’s ending the best. It leaves the reader with mystery, ambiguity, amazement, and fear—all of which feel appropriate for matters about God, Jesus, life, death, and faith. 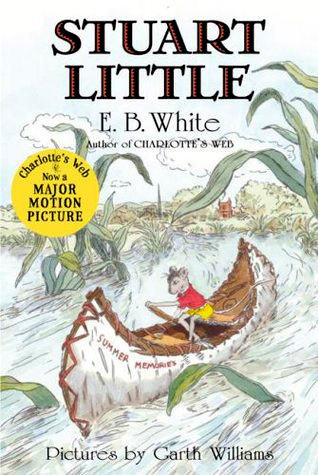 Stuart Little – by E. B. White

These days I spend a lot of time reading stories to my grandchildren. One of my favorite children’s books is E. B. White’s classic tale, Stuart Little. In this story a mouse-like character named Stuart goes on a great adventure, looking for his beloved friend, a bird named Margalo. The story ends with Stuart still searching for his friend. Did he ever find her? We never find out. All we learn is that Stuart “somehow felt he was headed in the right direction.” E. B. White took a lot of grief about that ambiguous ending. He responded to the criticism by saying, “Life is essentially inconclusive.”

Years ago, when I was a young pastor, I always planned on preaching a sermon on the theme, faith is not 2+2=4 but E=MC2 (Einstein’s theory of relativity). I never got around to preaching that sermon. This blog post will have to suffice.