Do You Have a Biblical Worldview?

An evangelical pastor recently told his congregation, “The biggest problem in America today is that not enough people hold a biblical worldview.” According to conservative religious leaders, holding a biblical worldview means believing in a specific set of doctrines, including the reality of absolute moral laws, biblical literalism, and a personal devil.

Serious problems exist with this narrow definition of a biblical worldview. For example, take moral absolutes. Most people agree that moral guidelines like truth telling are necessary and helpful. However, moral laws are rarely 100 percent absolute. Instead, they must be informed by the situation we find ourselves in. If we are sheltering an abused wife and her enraged husband asks if we know where she is, the clear moral action would be to boldly lie.

Insisting that a biblical worldview include belief in biblical inerrancy is also problematic. That would mean affirming slavery, genocide, oppression of women, and the death penalty for picking up sticks on the Sabbath or sassing your parents. That’s not a biblical worldview I want to endorse. Neither is belief in a personal devil, which is certainly not a Christian requirement.

If we truly want to develop an authentic biblical worldview, we should take our cue from the Bible itself. A big picture view of Scripture clearly reveals that behavior is more important than beliefs. For example, the Ten Commandments say nothing about religious doctrines. Instead, they call for ethical living including not stealing, not lying, and honoring our parents. The Old Testament prophets did not demand pure beliefs but pure living. As Micah said, “And what does the Lord require of you? To act justly and to love mercy and to walk humbly with your God.”

We see the same dynamic in the New Testament. Jesus’s Golden Rule, Great Commandment, and Sermon on the Mount have nothing to do with doctrinal beliefs and everything to do with how we live. In his parable about the last judgment (Matt. 25), Jesus tells us that people will not be judged on doctrinal beliefs but on how they respond to the poor, the sick, and the stranger. In short, a true biblical worldview is not about having right beliefs but about living a life of love. 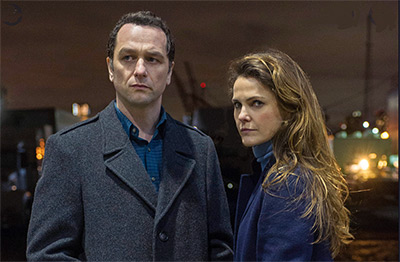 Like many others, I enjoyed the Cold War TV drama, The Americans. The show depicted a Russian couple living as spies in America. When their daughter began attending a progressive church, the mother went to talk to the minister. During their conversation the pastor invited her to attend worship with her daughter. The mother informed the pastor she was not religious. As he bagged groceries at his congregation’s food pantry, he responded, “That’s OK. The only thing that matters is how you treat other people.” You might question his response. But from my perspective, this fictional pastor’s worldview is far more biblical than affirming belief in unbending moral rules, a literal Bible, and a personal devil.

In his book Religious Refugees, author Mark Gregory Karris argues that Christianity has little to do with doctrinal beliefs and much to do with loving others. He concludes his book by saying, “After . . . all of the hay and stubble of humanity’s religious creations are burned up, all that will remain is love.” That’s a biblical worldview worth holding—and living.